If you are in Istria, you are in the tourist most visited and underdeveloped tourist region that is visited by more than a million guests every year. Istria is the largest Croatian peninsula located in the northwest of Croatia, bordering on Italy and Slovenia. Close proximity to major European countries is a great advantage of this region because it is available to a large number of people who go by car on vacation. The largest cities in Istria are, at the same time, the most popular. Pula, Poreč, Rovinj, Labin, Umag .. while the interior of Istria is recognizable by the hills, the olive groves and the vineyards with the colorful towns on the peaks: Grožnjan, Motovun, Hum.

The only national park in Istria is NP Brijuni.

Recreation in the nature of Istria

If you are looking for recreation and discovering natural beauty, you are in the right place. Istria is a peninsula that is rich in natural diversity. Our recommendation is to start exploring the beaches in Istria, http://www.rezerviraj.hr/plaze-istra especially these most popular and beautiful beaches such as Beach Cove Klancac Brseč, Plaža Uvala Luka Rakalj, Ambrela Beach Pula, Grotte von Pula, Kamenjak Premantura ... and many others that you can see on the link.

There are two famous and well-equipped water parks in Istria, Aquapark Istralandia, Aquapark Aquacolors Poreč and Verudela Underwater Park in Pula. There are also theme parks Paleo park Mon Perin Bale-Valle and Dino Park Funtana, both on a dinosaur theme with accompanying educational facilities. Both cities have entered the world list of paleontological sites after the remains of the dinosaurs have been discovered in this area.

Brijuni National Park is the only one in Istria. One but worth it, we would say because it is one of the most beautiful ones. The Brijuni Oasis National Park is a magnificent harmony of man, plant and animal life. There are about 250 bird species, numerous other animals and more than 700 species of plants on the island. In addition to the specific fauna that has been created by burial of the forests and their conversion to the spacious meadows, there is also a flora that has had a major influence on the human factor that the animal world has enriched with many imported species that were not originally in this habitat. It can be said that the Brijuni represent the harmony of nature and man's influence on it. In addition to the enchanting nature, the Brijuni are not lagging behind in the cultural and historical aspect, which makes them the 3rd most visited national park in Croatia. Some places you can not miss are the lookout tower in Cipro, the cupola of the Kupelwieser family, and numerous stone quarries, such as the Kochov or Čufar quarry. Numerous archaeological sites dating from the first neolithic settlement in the bay of Solin have been recorded until modern times when large estates with luxurious villas are being formed.

Today, Brijuni has developed a tourist destination, so its guests have to offer numerous facilities. If you are an animal enthusiast, we recommend that you visit the safari park in the northern part of the Great Brijuni, which contains many species of animals that are not specific to this location. Within this park is an ethnographic park that represents a traditionally Istrian farm. The animal world on the islands, especially on the Great Brijuni, beside indigenous animals, is also enriched with numerous species introduced thanks to good climate acclimatized well in the national park.

The next National Park closest to Istria is NP Risnjak, located in the Gorski Kotar region and close to the Kvarner region where the most famous cities of Rijeka and Opatija are. The park is made up of a massive mountain of the same name. The top of Risnjak Mountain is 1528 meters above sea level. The original boundary of the park was changed in 1997, when the area was enlarged to the present 6400 hectares, when the source of the river Kupa included in the park boundaries.

To visit Risnjak for a few days, you can choose accommodation in one of the mountain houses. The houses are located within the park, and are built according to the location surrounding them. Wooden homes, with sharp roofs, fit into the environment best. Although the park is less crowded than other Croatian parks, you still have to book a reservation in advance, as the free bed is always requested. The most frequented and most popular Croatian national park are Plitvice Lakes. Approximately 200 kilometers away from the center of Istria should not be a bigger problem for guests who can pick one day of vacation. Considering the incredible natural beauty, Plitvice is definitely worth a visit.

Wherever you are in the Plitvice Lakes National Park, you will be surrounded by pearls everywhere. Biseri of nature. Which will make you happy, because you will enjoy them endlessly. Bisers are what will fill you with a sense of pleasure and move you away from the world you know, in a new world, into the world of intact nature.

Apart from beautiful waterfalls and nature at its best, Plitvice Lakes delight tourists and other specialties. Like the wealth of plant and animal species, as well as the possibilities of active vacation in the wonder created by nature.

Jezera, the 16th, gives tourists an unrepeatable feeling. On one side, untouched forests, with the other sound of waterfalls to be felt, because its magic can not be spotted even through modern technology. On the one hand pure nature in its primordial form, with the diversity of flora and fauna. Finally, and the crowds of tourists that further enhance the impression of the beauty of Plitvice.

Plitvice National Park is made up of 16 lakes. It is interesting that each of the lakes is located at different altitudes, so the lakes gradually descend and gradually descend into each other. Due to this altitude difference the lakes are divided into Upper and Lower Lakes. 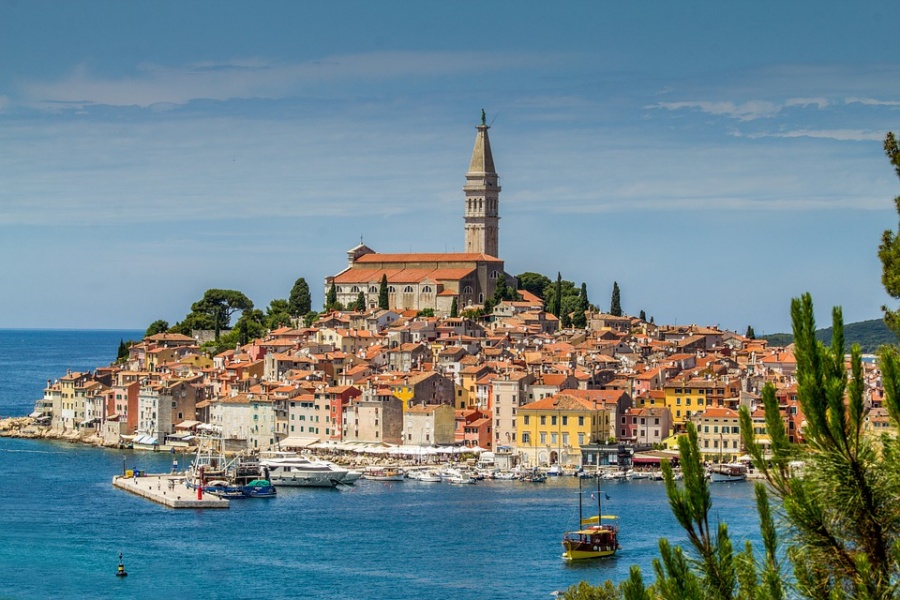 What to see around the Rovinj Istria area
+2