Split is an area rich in natural beauty and is an excellent starting point for several national parks and nature parks. The nearest national park near Split is Krka, which is about 80 kilometers north. Some 200 kilometers north of the Kornati National Park is located at a similar distance but south is the National Park Mljet. Both of these parks are in need of shipping because it is an island. The nearest nature park of Biokovo, which is about a hundred kilometers south.

The Krka National Park from Split

You can visit the Krka National Park from Split by bus or car. From the center of Split to the park is some 80 kilometers away, which takes about 1 hour to drive.

Boat transport is included in the national park ticket price. For those who are looking for recreation, there is a pedestrian-cycling trail, 3.4 miles long. The park covers 109 km² of surface area of ​​the river Krka and the lower stream of the river Čikola, and the length of the river Krka is 72.5 km, which is the 22nd river in length in Croatia. Its waterfalls have a total drop of 225 meters.

The longest waterfalls of the river Krka called Skradinski buk are probably the main reason for your visit to this national park. With over 17 stairs and a total height difference of 45 m, Skradinski buk justifies its title of the most beautiful natural beauty in Croatia. At the foot of the Skradinski buk, it is possible to swim, so you can cool down after a long sightseeing of Krka, which has many things that you can not miss. One of these things is an ethno village where you can see 19th century stone watermills and numerous objects that the local population used in the past. Spend an extraordinary day discovering a beautiful national park with more than 140 islands and islets. Relax in this little paradise on Earth while enjoying a pleasant boat ride, eat delicious Dalmatian food and enjoy swimming in the salt water of Lake Mir. If you are near Split, a few carriers are directly driven to the Kornati National Park. A convenient and quicker way to the park is if you drive by car to Sibenik or Murter and choose some of the organized tours from the nearby towns of Kornati. You can reach Split's National Park Mljet from the Split-Brac-Hvar-Korcula-Mljet-Dubrovnik catamaran. You can look at the line of this line on the link. https://www.krilo.hr/plovidbeni-red/

The National Park Mljet was proclaimed on November 11, 1960, and its surface covers the northwestern part of the island of Mljet and the surrounding part of the sea.

NP Mljet is the first institutionalized attempt to protect the original ecosystem in the Adriatic.

You can visit the National Park Mljet all year round. There are three official entrances to the park: Pomena, Polače and Vrbovica, and during the tourist season we are open from 08:00 to 20:00. In the winter period (from the beginning of November to the end of April), we are accepting visitors only by prior announcements. Although not a national park, Biokovo Nature Park is nothing less attractive and more attractive to visit if you are in the vicinity of Split. Biokovo is one of 11 nature parks in Croatia and includes one part of the mountain range Biokovo. It is about 130 kilometers from Split.

Biokovo is characterized by a special karst relief, and preserved in a natural isolated environment. In the park area there are caves, and crags, which are particularly interesting for explorers and adventurers who love nature. 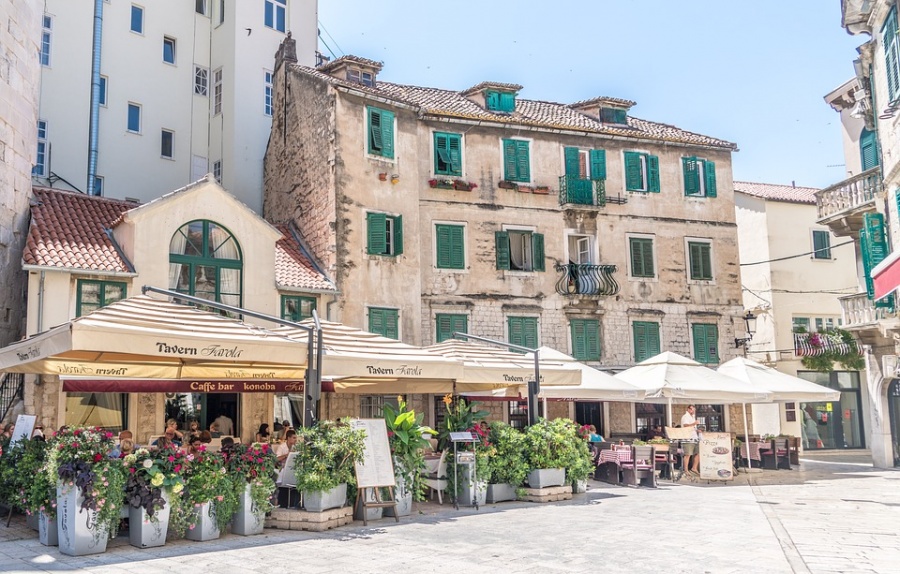 Best places to visit in Croatia

What to see around the Split area