Beaches on the island of Cres arranged according to beauty

Cove Žanja Cres - A hidden and natural cove that plagues the beauty, not far from the beautiful bay of Sv. Ivan Cres. The most frequent guests are sailors and those who come by organized sea transport. Still, there are hiking trails for mountaineers and people skilled for long walks on uneven terrain. If you have an adventurous spirit within yourself, we invite you to enjoy the beautiful beach in Žanja bay. You will pay off to trust us in the word.

Mali Bok Beach, Koromačna Cres Island - If you are on a local road from Orlec, to the eastern coast of Cres island, you will come to this lonely little beach. The beach is called Mali Bok, beautiful and hidden in the natural canyon. The main part of the beach is made of thicker boulders, is passable and suitable for all. However, you have to walk to the beach, which may not be for everyone. Real nature lovers will especially appreciate the fact that they can not reach the beach by car, so they will especially enjoy the view as they descend and descend to the sea level. Beach Mali Bok Cres more pictures
Sv. Ivan is located on the west coast of the island of Cres. It is located near Lubenice on the mentioned island, but outside the inhabited zone. It is naturally complete, and as such enchants its beauty. Nautical people especially like to come here because of the difficulty of coming from the mainland.

Sv. Ivan Lubenice Cres more pictures
Koromačna Beach is located on the eastern part of the island Cres. It is located outside the resort, in a natural environment with the rocky landscape that surrounds it. The beach can be reached by land and of course by the sea. The local road that will take you to the beach goes from nearby Belej. The beach is special for rocks and shallow caves. It is great for nature lovers and generally for people who love peace and quiet. It's popular though, but it's not like any other beach. It is a favorite for sailors, especially because of the imposing coastline that is best seen at less distance from the sea. In addition, near the beach there is a small mol, where boats can be moored. If you like karst, carved rocky shore and crystal-clear sea, come to the beach of Koromačna. Plaža Koromačna Cres više slika
Beach Beli Cres - This is a beautiful beach on the island of Cres. The small beach is located in Beli, right next to the harbor. It is beautifully decorated, enclosed by stone walls and old stone houses. It is called the place, ie the beach of Beli, and it is rich in gravel and clear sea. On one side the beach is in contact with natural rocks, while on the other side continues the reed port of the harbor with the accompanying catering facility. The beach is also known for its Zip Line for guests looking for adventure. Beach Beli Cres more pictures
Beach Kovačine Cres - At the northern outskirts of Cres there is a beautiful beach Kovačine. In the inhabited part, with the camp of the same name next to. The beach is equipped with all the accompanying content, from camping to hospitality. It's content and very interesting. If you're interested, you want to try or learn how to dive it at a nearby diving center. South of the beach is a hotel with accommodation capacities, but there are also many private accommodations. The beach is of a diverse configuration, ranging from concrete plots to fine sand sanded out of the depths. One part of the beach has an FKK mark. 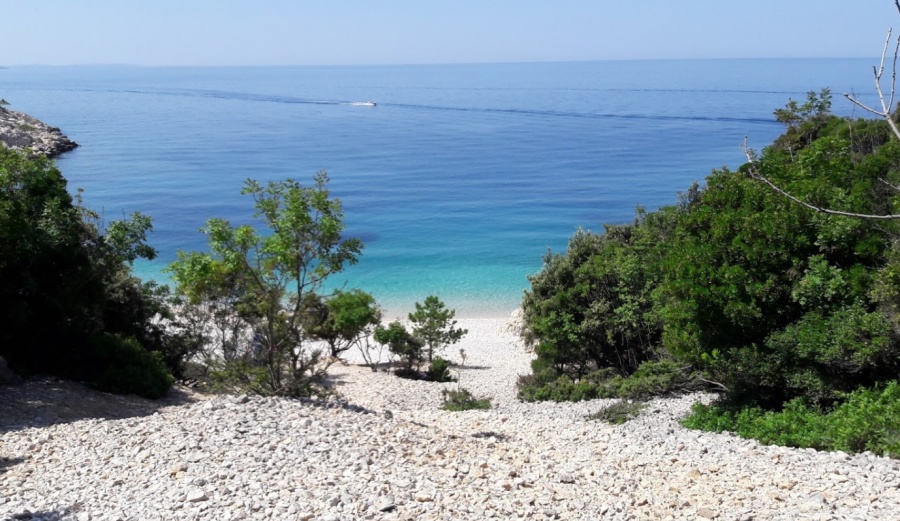 What to see on Island Krk Croatia