You've probably watched so many times that some athletes such as Ivica Kostelic or Mirko Filipovic are immersed in frozen lakes and wonder how they can, could you. Some people can tolerate much cooler temperatures than others. People even acclimatize to swim in the Arctic for a short while. But do not try it in any case. Top athletes and people who are gradually preparing for such conditions can take it for a few minutes, for the rest, entering a frozen lake would probably be a quick and painful death.

Cold water can kill in less than a minute. It's actually so dangerous to kill people for a few seconds, sometimes even before they float on the surface. After two hours at 15 degree water temperature, your risk of fainting and dying is increased to 50 percent. When the water is cold, your body sends more blood to your core - away from the muscles in your limbs you use to swim. You can take cold water more time when wearing a wet suit and a cap. For example, US triathlon allows contestants to wear a wet suit in water that is cooler than 25 degrees. Below you see the index of bathing temperature in the sea.

Water temperature in swimming pools and for athletes

The World Health Organization suggests specific water temperature in the pool. Younger children and the elderly usually need a warmer temperature of 28 to 34 degrees, and the comfortable swimming pool temperature is 27 to 31 degrees. If you are swimming as an athlete, cold temperatures of 25 to 28 degrees are recommended. For swim speed, slightly warmer temperatures are optimal. When pool temperatures are warmer, this allows sports bodies to perform maximum stamina without causing shocks to your system, though too hot can be dangerous. If the water temperature is too hot, capturing the body's heat can cause muscle cramping, which in turn may be deadly, as the swimmer does not always realize that excessive strain occurs.

What's going on in cold water?

Hypothermia, a subnormal body temperature, can occur in cold or moderate temperatures. Even in the summer, prolonged immersion in water temperatures below 21 ° C can produce hypothermia if it is too long in the sea. The body quickly transfers the heat to cold water, and chilled blood can ruin the heart and brain. Swimming will greatly increase heat loss and may limit your range to less than half a mile. We bring you an index that is used as a recommendation and a guide to the level of comfort for swimming in the sea. This is just a guide and depends on the person to the person. Everyone has to assess for themselves how long she can stay in the sea and what is the optimal bathing temperature for her.

What temperature must be suitable for swimming

The water temperature must be below 0 ° C

The sea temperature below zero is only to the bravest and most physically physical person. You will probably need to hit the surface of the sea slope before breaking it. In this case, death occurs very quickly unless you are trained in a special bulletproof department.

The water temperature must be below 8 ° C

For swimming it is considered very cold, hypothermia occurs for several minutes and is sure to die.

The water temperature must be below 13 ° C

The feeling in the water is very cold, and the most prevalent among us will feel the discomfort in the short term.

The water temperature must be below 16 ° C

A very cold swimming sea does not endanger human life if you do not spend too much time in this sea.

Water temperature must be below 19 ° C

The water temperature must be below 22 ° C

Relatively warm sea and should be acceptable to most swimmers although some people, especially the elderly, will still feel the cold sea feeling.

For swimming it is considered a warm sea and will be enjoyed by all, even those who would otherwise suggest that water is "cold" for swimming.

Sea temperature equal to or above 26 ° C

Swimming in this is considered very warm and acceptable for everyone. With this temperature you can stay active in the water for a long time without any feeling of discomfort.

Sea temperature equal to or above 30 ° C

Very warm sea, these sea temperatures rarely reach. At such temperatures in the sea it is difficult to refresh. 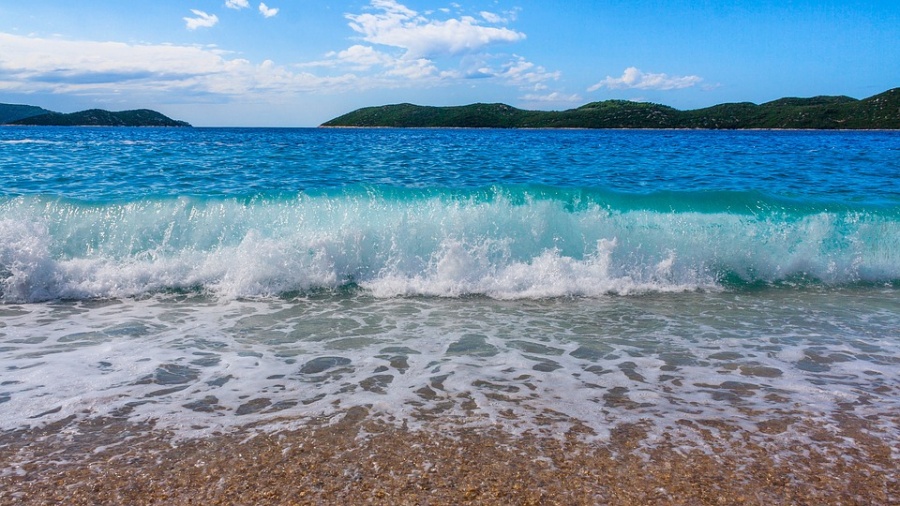 Best beaches on Island Pag Croatia - the...
Upgrade this article