﻿ What to see on Island Korcula Croatia

# What to see on Island Korcula Croatia

The island of Korcula is the sixth largest Adriatic island, located in southern Dalmatia, less than 300 km2 in the vicinity of the peninsula of Peljesac, where it is divided by less than 1 mile at some points. The island belongs to the Dubrovnik-Neretva County, according to the last census of population there are about 16 000 permanent residents. We will give you a list of the most famous sights and locations you need to visit if you are on the island of Korcula and suggestions on what to do in Korcula.

Attractions and things to do on island Korčula Croatia

City of Korcula - The town of Korcula consists of 5 settlements, namely: Korcula, Cara, Pupnat, Racisce and Žrnovo. The old town is tucked up by the sea in every sense. That is why it is so interesting and happy to visit today, especially in the summer months. The City of Korčula can certainly be considered as a tourist attraction. Glory to St. Thodden, July 29th. Interesting fact is that the saint is the patron saint of St. Mark's of Korcula, but the cult of Sv.Todora in the town is considerably more pronounced. A celebration is what will cheer everyone found nearby.

The Proizd is located near Korcula - Protozoo is a small islet of less than one square kilometer in the north-west of Korcula, 4 km away from Korcula. On the island there is only one restaurant on the south side and several beautiful bays with crystal clear sea. One of the coves, Donji Bili Bok, is for naturists and has a FKK mark. The Island of 2007 was chosen as the "Beach of the Year" by the Croatian Tourist Board, and the British Daily Telegraf included it among the five most beautiful beaches in the Adriatic. The beach Samograd bay is located on the northeastern side of the island of Korcula near the town of Racisce only 500 meters away from the cove of Vaje, which we have already written. This beautiful gravel bay is connected by a road with Racisce, from which it is about 2 kilometers away. The road to the beach is narrow and rocky and can create a small problem, but this beautiful beach is worth the effort, an ideal place for anyone seeking peace in the untouched nature.


Vaja Korcula Beach - is located on the northeastern side of the island of Korcula near Račišće. The beach leads to the beach connecting Račišće and the gravel bay of Vaja, which is 10 minutes from the center. Going down to the beach is not quite easy because it takes a steep section across the rocks, but the beauty of this bay definitely deserves little effort.

Istra beach Korcula is a small sandy beach located in the bay of the same name in Brna on the island of Korcula. The base of the beach is made of mud which is considered to be healing, so many come from medical reasons. The beach is extremely shallow and surrounded by 3 sides with pine forests, making it very popular. Near the beach there is a sports and recreation center with 2 tennis courts, a boating court, beach volleyball and table tennis tables. You can look for the rest of the offer in Brna which is a couple hundred meters away from the beach.

Bačva Beach, Pupnat Korčula - This beach is located in a small secluded bay on the southern coast of the island of Korcula, close to Pupnati Luka, about 13 km from the town of Korcula, just before the entrance to the village of Pupnat. The beautiful pebble beach is one of the most beautiful beaches on Korcula. The beach takes you about a kilometer long, narrow winding road to the D118 road.


Vela Pržina Beach is located on the south side of the island of Korcula in Lumbarda and is among the most beautiful beaches on the island. The beach is sandy with a shallow bottom so it is suitable for families with children. Pržina is facing the open sea with views of the island of Lastovo and the national park Mljet. There is also a small bar on the beach, also called Pržina, there is also a fast food, toilet, deck chairs and a parking place near the beach. 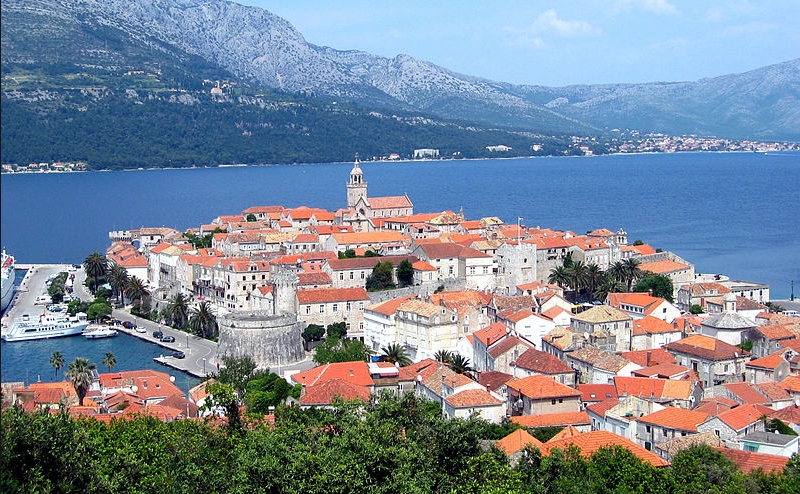